All About Smart City Growth: Why It Matters & What You Should Know 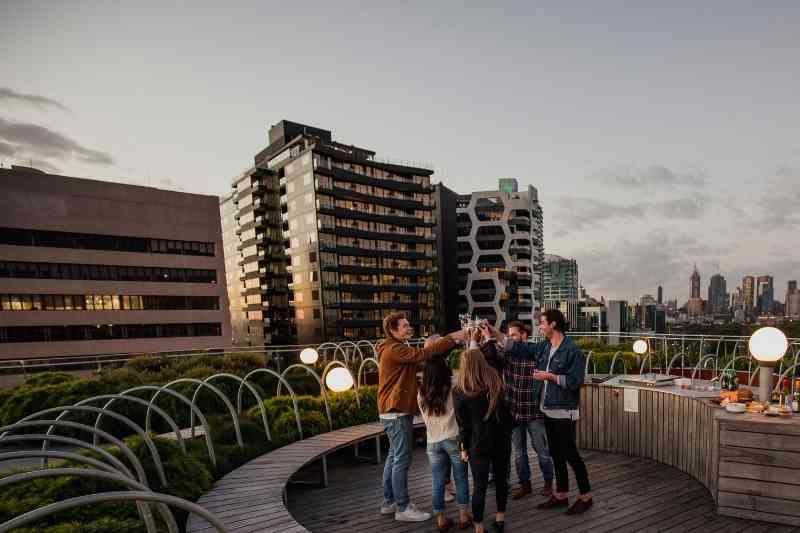 The trends impacting today’s cities have wide-reaching effects on you, and the properties that you’re in charge of. The city of the future is the smart city — an internet-connected place that depends on computers and powerful sensors to make citywide decisions. Smart city growth is poised to define tomorrow’s built environment. So how can you contribute to smart cities and incorporate their principles into your own properties?

What is smart city growth?

Smart city growth is the process of building or upgrading existing city infrastructure to connect it to the Internet of Things. In this way, city infrastructure can effectively address inefficiencies and solve the problems that challenge today’s urban residents.

Everybody involved in city life can participate in smart city growth, from developers and architects that shape entire blocks to residents who use smart city amenities.

The rise of the Internet of Things means that any piece of infrastructure can be outfitted with a sensor and connected to a citywide network. As a result, infrastructural elements can talk to each other and exchange data.

Ultimately, smart city growth has the potential to revolutionize every aspect of city life. 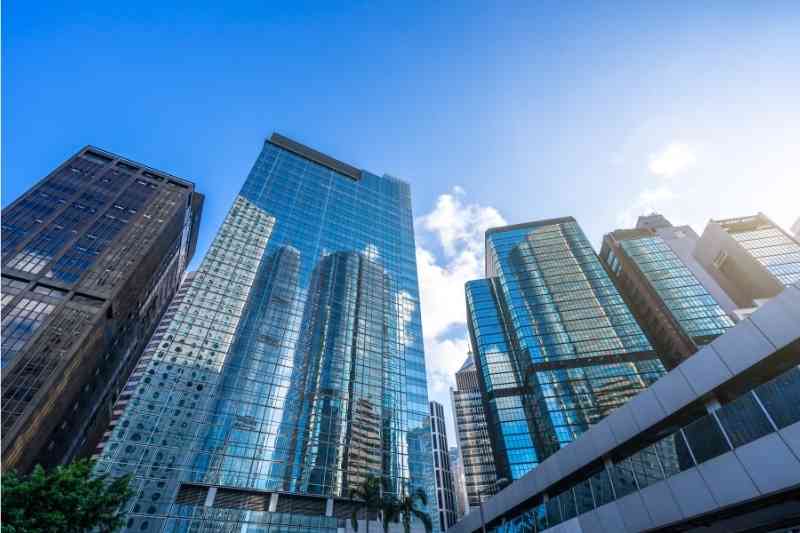 Some smart city innovations include:

Smart cities are growing — and they’re growing fast. From New York to Tokyo, more and more cities are choosing to invest in technology and update their infrastructure, saving money and time for millions of city residents.

According to Forbes, the global smart city market will grow by more than $400 billion by 2025. Furthermore, as more citywide infrastructure becomes internet-connected and optimized, that opens up opportunities for architects and developers to harness those same innovations and include similar technology on a building-by-building basis.

Why is smart city growth important?

Smart city growth is important because as more people live in cities, these technological innovations will address both the preferences of future renters and the sustainability efforts that will curb the effects of climate change.

The UN projects that 2.5 billion more people will live in cities by 2050 — in other words, nearly 70% of everybody on the planet!

So, why will demand for the smart city increase among this population?

Because this growth will be driven by younger generations, like millennials and Gen Z, who have grown up in a world defined by the internet. And as they become the voices that dictate city residents’ preferences when it comes to living, working, and traveling, smart developers and architects should respond by catering to their preferences.

Tech-friendly younger generations expect the conveniences and benefits that come with living in a smart city. As property developers and architects, you can cater to their preferences by adding these same tech-powered features to the properties they’ll live and work in.

In addition to anticipating renter preferences, smart cities are growing because architects, developers, and city planners are starting to embrace the power of technology. So, real estate professionals are recognizing how technology can complement existing facets of city life that increase efficiencies and reduce emissions.

One major reason why cities are more efficient than less dense areas like suburbs is that residents don’t need cars to get around. Instead, city residents can depend on public transportation or simply walk.

And when city residents do have to use cars, smart cities can reduce traffic with:

Urban density allows other smart city innovations to affect emissions on a greater scale. For example, a city with a smart power network can optimize electricity delivery to thousands of buildings. This creates cost savings and reduces emissions for millions of people.

More people are moving into cities. It’s important for architects and developers to contribute to sustainability by using the power of smart technology to eliminate inefficiencies. Luckily, the technology you’ll need to take part in smart city growth will also attract tech-friendly residents. 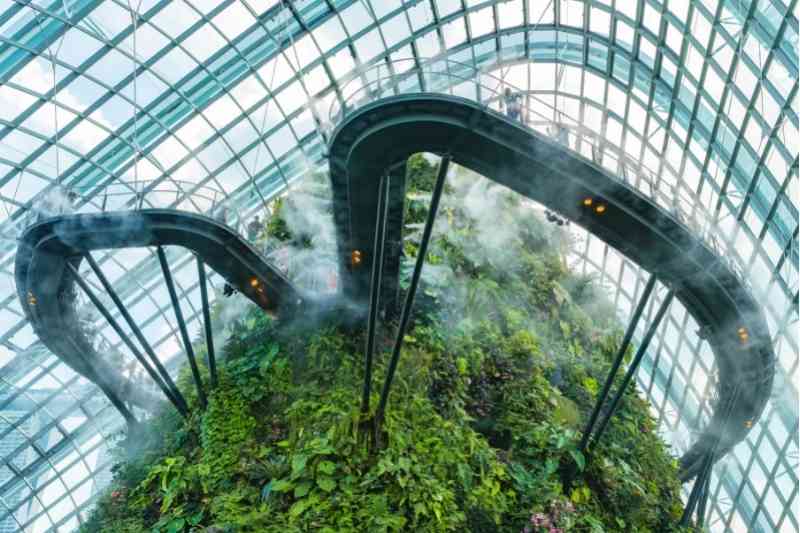 How can you develop properties that take advantage of smart city growth?

Smart city growth is the wave of the future. You can save time and money while attracting residents by staying ahead of the curve and including smart technology in your plans.

Take advantage of the smart cities industry by including these three smart technology options: 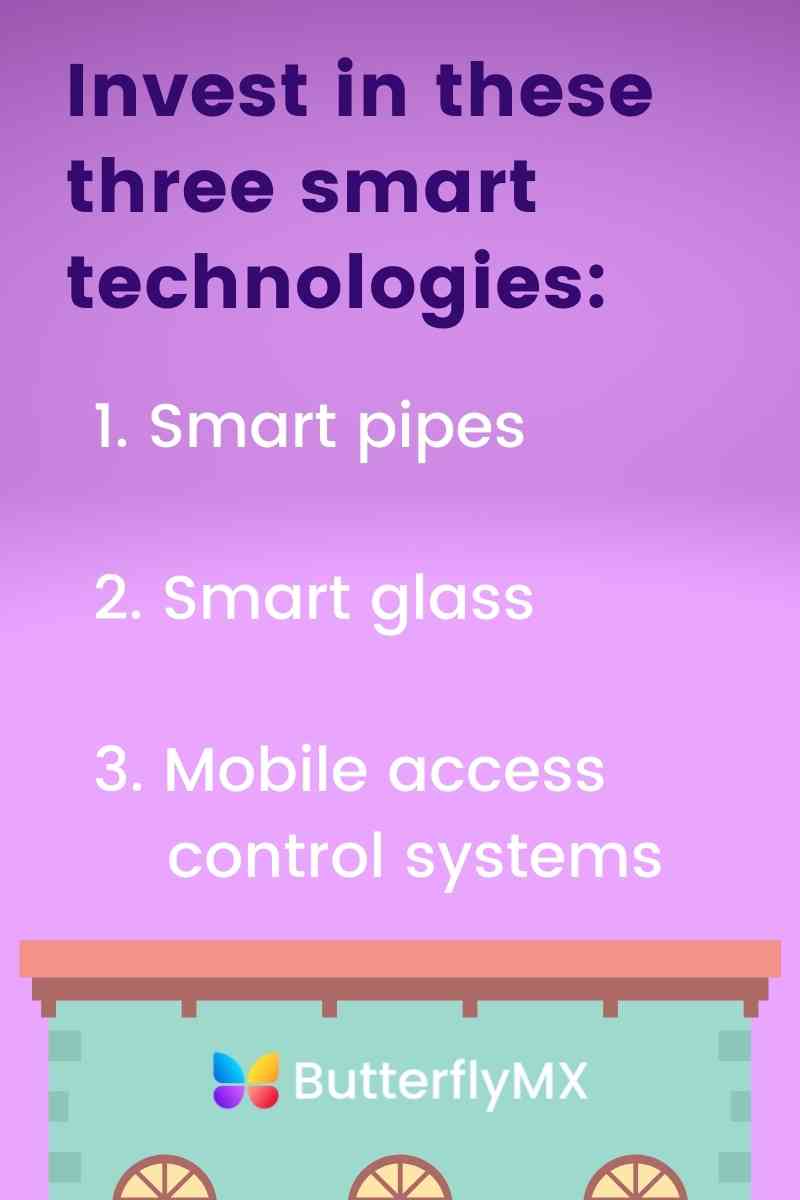 If you want to apply smart city technology to your own water and plumbing systems, consider installing a series of smart pipes.

Smart pipes can sense and categorize the data they receive, like how much water flows through a pipe or the times at which water is turned on. From there, a sensor can predict the total lifetime of a section of piping. It can even send you an alert if it detects an immediate leak or another emergency.

As you’ve learned, every aspect of building construction and management can be upgraded with smart technology.

And windows are no exception.

There’s no reason to waste electricity — and run up a utility bill — by lighting a room that’s already receiving ample sunlight.

Today’s smartphones are much more advanced than old analog phones. Smartphones are all-in-one devices that let us track packages, order food, and do a host of other crucial tasks.

So, it’s only natural that the best access control providers now offer systems powered by smartphones. With a mobile access control system, residents can open doors and access buildings from their phones.

Smart city growth is the guiding principle for many of today’s cutting-edge urban planners, designers, and architects. So, invest in the smart cities market to prepare urban residents for a greener, more efficient tomorrow.

And because so many preeminent cities are adopting smart technology, the rest of the world will soon follow suit. To that end, you can follow those same principles by upgrading your own property with smart technology. 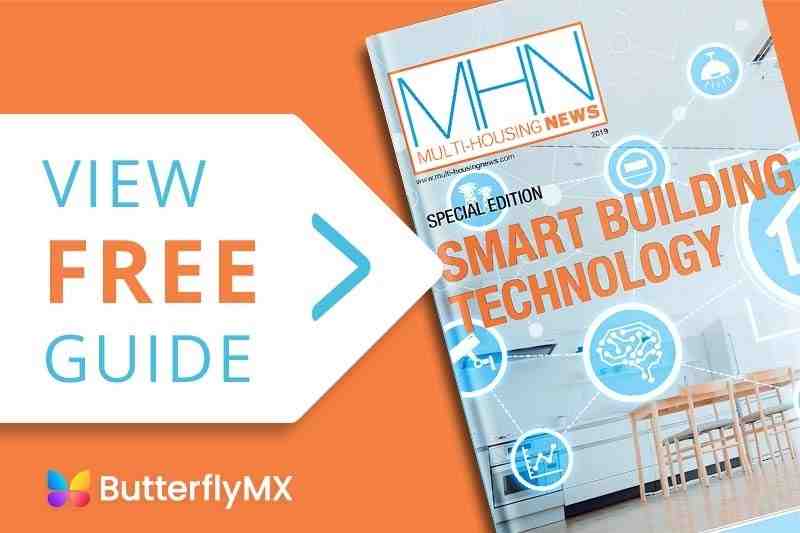