The Built Environment: A Guide for Real Estate Professionals 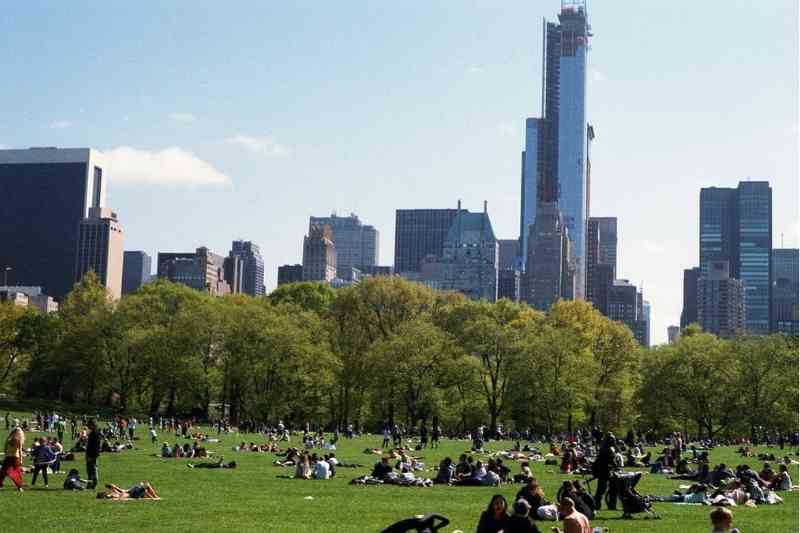 If you’re a property developer, making sure the properties you develop satisfy tenants is only one part of the job. You also have to consider a property’s relationship to its neighborhood, and even its surrounding city or town. So how can you start thinking of your property as one part of a massive, man-made ecosystem? That’s where the idea of the built environment comes in.

What is the built environment?

The built environment encompasses all the human-made elements that we develop and add to the world around us to enable daily human activity, including buildings, parks, roads, sidewalks, energy networks, and water distribution systems, to name a few.

When people have changed some aspect of a landscape, whether indoors or outdoors, that area becomes part of the built environment.

Because ‘built environment’ is such an overarching term, urban planners feel the need to categorize different types of environments depending on their characteristics and architecture. One of the most important distinctions is the difference between urban and suburban environments.

A resident living in an urban environment needs and wants different things than a suburbanite. For example, suburban residents might depend on cars to travel because their destinations are spread out in a low-density area. Additionally, suburban residents might value the space and calm offered by suburbia over the amenities offered by city centers. 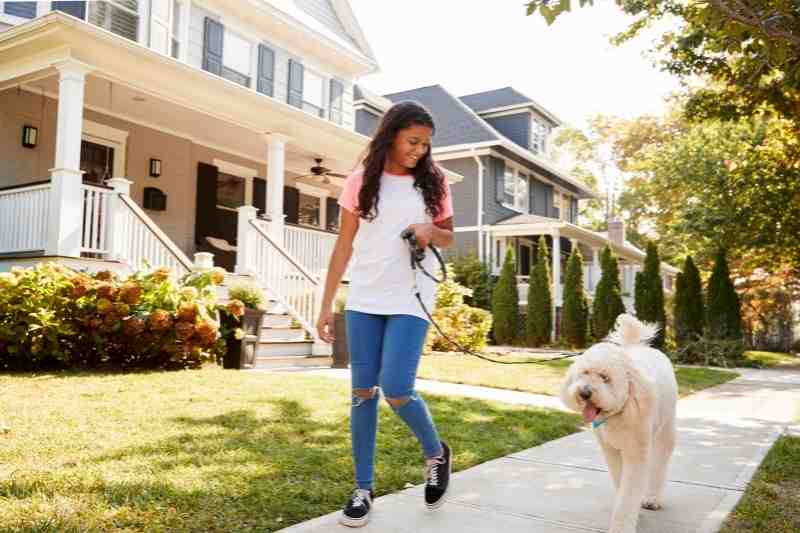 What are the components of the built environment?

Examples of built environment components include:

Today’s built environment is being upgraded with the power of the internet. Sensors on everything from roads to power grids exchange data, make decisions, streamline processes and reduce inefficiencies.

For example, some citywide power grids use the internet to anticipate surges in demand and reroute electricity in response, reducing wasted electricity and lessening strains on the grid. So, you might want to set up smart sensors on your property. You can connect it to the intelligent built environment and harness the computing power of an entire city.

As you can see, built environment sectors encompass much of our everyday world. Developing a property that exists in harmony with all of these elements isn’t easy, but the best developers know that it’s not just features on a property that draws in residents. It’s also the property’s location, nearby amenities, and proximity to public transportation.

Built environment concepts you should know

Whether commercial or residential, tenants judge the properties they want to rent according to certain metrics. Even if they don’t express it in these exact words, tenants choose where to live or work based on how these properties make life easier. When you understand these metrics, you understand the needs of tenants — and you can develop your properties to match those needs.

Urban density is a metric that describes how many people inhabit a given area. High-density areas, like city centers, have different needs than low-density areas like a suburb or a rural location.

You might be surprised to learn that urban density is increasing. According to the UN, over 50% of today’s population lives in cities — a number that will skyrocket to almost 70% by 2050!

If you own or develop in a suburb, you might anticipate a higher-density future in which your tenants don’t use cars. Then, it would be in your best interest to get ahead of the curve and attract those car-free residents, giving you an edge over other developers who aren’t as up-to-date.

Walkability and urban density are closely related. The denser a city is, the more walkable it is because all of the services a resident might need will be concentrated close together. In a walkable city, instead of driving to a grocery store or a friend’s house, people just walk a few blocks!

Sustainability is the measure of how many resources a property uses during its construction and while it’s occupied. Properties that are more sustainable cut down on the number of resources they use, like electricity or water. They also source their energy from renewable sources, like wind or solar power.

You can look at sustainability from a neighborhood- or city-wide perspective. In those cases, local parks are a great driver of sustainability, increasing biodiversity in an area while cleaning the air with their trees.

Additionally, parks give city residents a change of pace from their urban surroundings. And by giving people a place to relax and play in an urban context, parks are a welcome addition to a sustainable built environment. 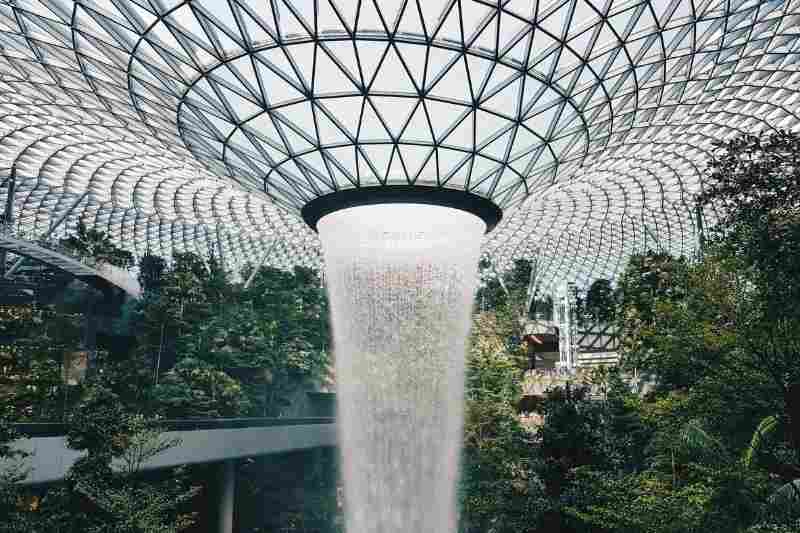 What is the impact of the built environment?

The impacts of the built environment are enormous, on both people — their mental psychological and physical well-being— and the larger natural environment.

The built environment can be defined as any place, indoor or outdoor, where people have had a hand in construction or landscaping. As a result, even people in rural areas spend a lot of their time in built environments.

A sustainable, thoughtfully developed built environment impacts the planet by reducing resource usage and dependency. It can lead to cleaner air and healthier ecosystems.

A well-built environment also affects people in various ways. It simplifies various day-to-day activities, which can boost people’s overall happiness. It can also encourage a more active lifestyle to provide physical benefits, too.

But today’s residents react to the built environment in sometimes unexpected ways. Younger generations prioritize different things than previous generations, influenced by the problems and inefficiencies of today’s built environment. For example, car usage among Gen Z and millennials is decreasing at a high rate.

Additionally, young people today are more likely to seek out city life, while also prioritizing technology and expecting it to be incorporated in the places they live and work. As a result, smart city growth is booming. Forward-thinking urban planners and developers are finding new ways to simplify city life with technology.

Developers focusing on tomorrow’s built environment would do well to consider the preferences of younger generations. Millennials and Gen Z grew up in a built environment that has tended to emphasize cars over people — and that’s not especially conducive to people’s mental or physical health.

The built environment’s public health effects aren’t entirely positive. Unfortunately, today’s built environment is full of roads, highways, and freeways that force people into smog-producing cars, where they sit motionless in traffic for long periods of time. In response, younger generations are valuing walkability and density as metrics that measure how much physical activity cities and towns support on a street-by-street level.

Heavy car usage has also been linked to tens of thousands of hours wasted per year sitting in traffic, as well as additional pollution. In response, Gen Z and millennials increasingly prioritize sustainability in addition to walkability. 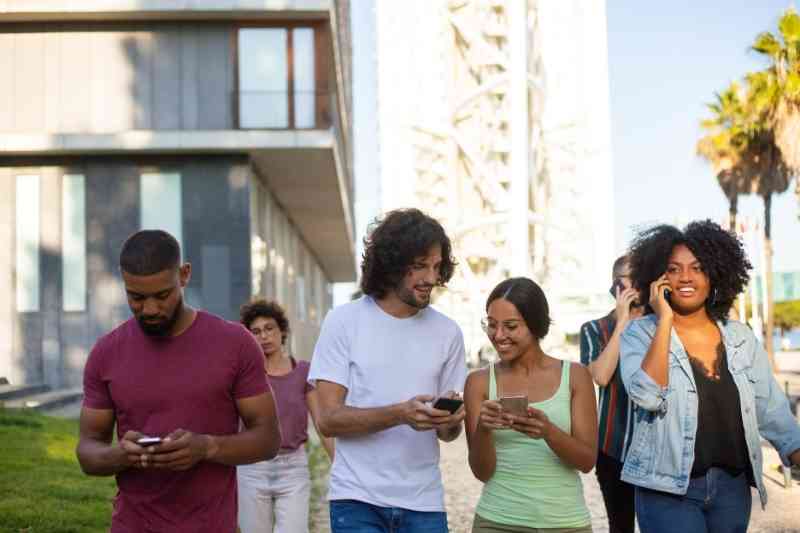 Benefits of developing with the built environment in mind

By developing with the built environment in mind, you can make your property and the surrounding area a greener, more sustainable, and more enjoyable place to live and work.

And of course, properties in desirable neighborhoods are worth more. You can increase property values by doing your part to make sure that your property is prepared for the future. And the future lies in sustainability, walkability, and adapting to increasing urban density.

One of the most popular ways to embrace sustainability is to include cost-cutting efficiencies. For example, some developers include solar panels in their buildings. Solar panels help building management save money on electric and heating bills — and, in some places, even turn a profit by selling excess energy back to their local power grid. In the long run, sustainability saves money — and it’ll help keep the planet green, too!

Other tech-powered ways to increase sustainability include: 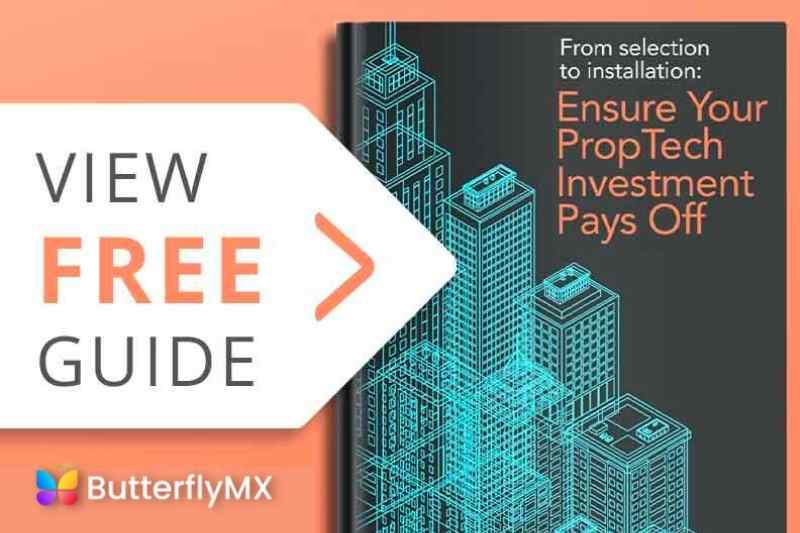 How can I improve life in the built environment?

You can improve life in the built environment by developing properties that account for current urban development trends and the preferences of future tenants.

As a property developer, your voice is significant in shaping the built environment around you. The features you add to a property could shape residents’ feelings about it for decades. And your choices will have significant environmental effects while contributing to local walkability, sustainability, and culture.

Improve life in the built environment by:

However, some properties aren’t close enough to a public transit stop to make transit-oriented development worthwhile. So, what can you do to increase sustainability and walkability in that case? The answer is one of today’s most exciting transportation trends: micromobility.

Even if your property isn’t located close to a public transport stop, there are still actions you can take to promote transit-oriented development and attract car-free residents. For example, you can make your property micromobility-friendly.

Micromobility is the use of smaller, lighter vehicles, like scooters or bikes, to get around instead of cars. Whether a scooter or bike is electric or human-powered, they’re more efficient than cars. They’re also popular choices for younger generations who want the flexibility of having their own vehicles without the traffic and environmental consequences.

Installing bike garages and charging stations is a great way to enable and prioritize micromobility.

Mixed-use buildings are buildings that host both residential and commercial tenants. They’re a positive feature in today’s built environment because they make the surrounding area more walkable and encourage residents to spend their money locally.

Mixed-use buildings also increase the efficiency that comes with density. Instead of two separate properties with high emissions and separate utilities, mixed-use buildings put all the activities that a bustling neighborhood requires under one roof.

The built environment has always responded to the preferences of its inhabitants, both commercial and residential. In the past, commercial clients signed leases that lasted for as long as 20 or even 99 years!

However, today’s residential and commercial renters are shifting towards short-term rentals, which are properties or units that are rented for short periods of time. Generally, these short-term rentals are less than the traditional one-year lease.

There are a few ways for you to harness the built environment to meet the needs of both residential and commercial short-term renters. 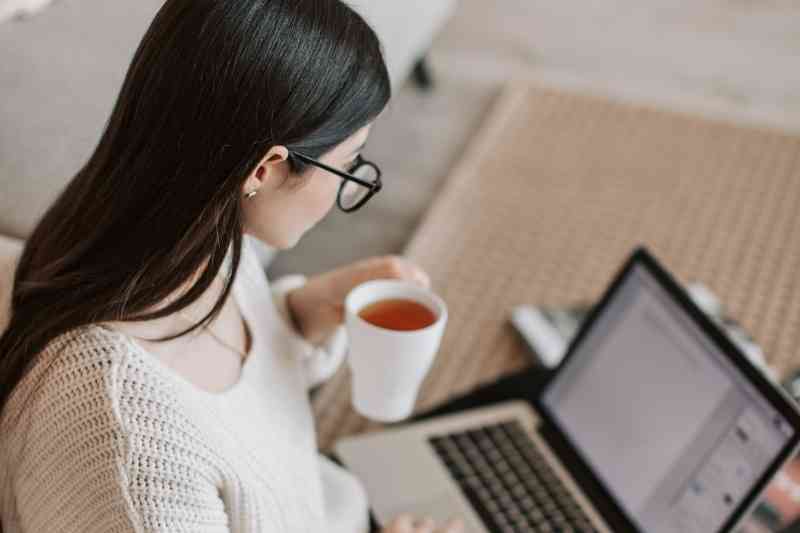 Many short-term renters are digital nomads — in other words, their jobs are entirely remote. Since they’re not tied down to one city, they stay in places for periods as short as a few days to as long as a few months.

Regardless of the reason for their nomadic tendencies, most short-term renters look for residential spaces that are furnished and equipped with amenities that accommodate their mobile lifestyles.

By developing properties with short-term renters in mind, you’ll leverage the built environment by capitalizing on increasingly popular remote and hybrid work environments.

You can also cater to companies, organizations, and tenants interested in short-term commercial leases for office and retail space.

To maximize value, consider the space as a service business model, which allows you to efficiently rent to companies that have embraced a hybrid work model and don’t want to commit to a permanent office space.

To cater to this growing class of workers and companies, you should develop properties with short-term rentals in mind. This starts with considering property access.

If companies are always coming and going, all of the people employed by this company will need their own way to get onto the property. And it’s up to you to make sure that a tenant can easily edit an employee’s access permissions or grant access permissions to new employees. More specifically, you might install technology that simplifies property access for tenants who are always coming and going.

For example, consider keyless access control systems with digital credentials. These systems make it easy for authorized tenants to enter the building at any hour without the risk of losing a physical key. The property staff can also easily add or revoke access permissions for their fleeting short-term tenants.

More specifically, you can improve life in the built environment by developing mixed-use buildings, properties that offer transit-oriented features like micromobility, and buildings optimized specifically for short-term tenants. 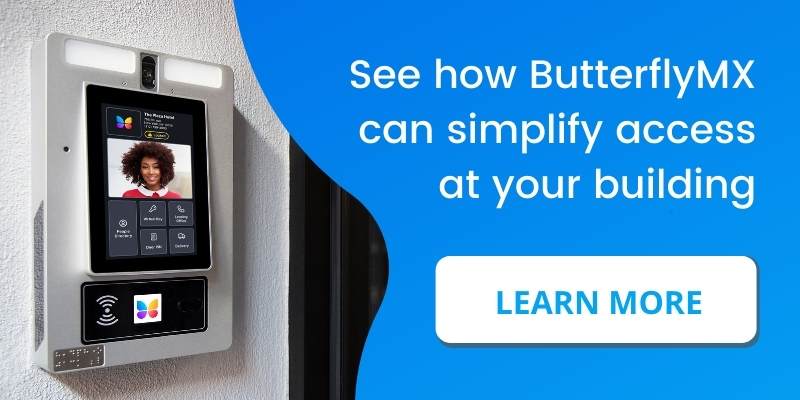