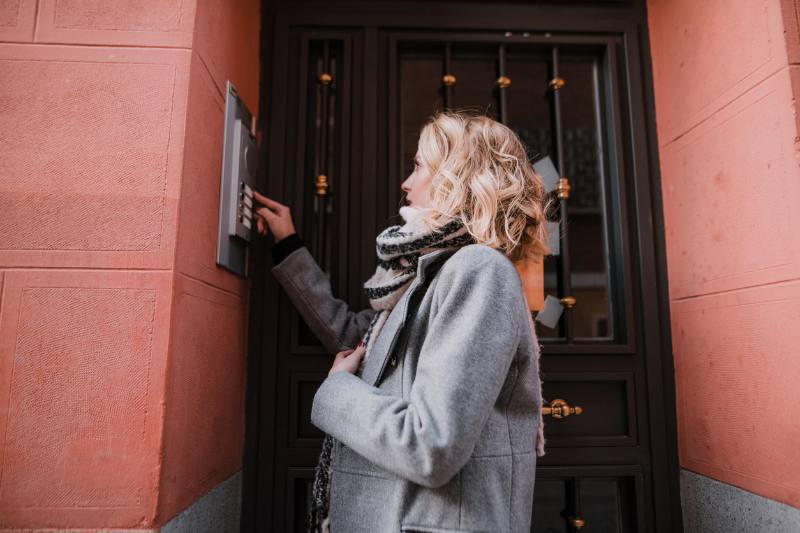 Read on to learn about the different apartment intercom systems, door releasing mechanisms, and how the wiring is an important consideration in your decision.

What is an apartment intercom system with door release?

The intercom with door release also empowers residents to grant property access to visitors remotely. Since the intercom system is wired to the door release mechanism, residents just have to use their in-unit device or mobile app to grant access. This triggers the door lock to be released, which allows visitors to access the building.

How does an apartment intercom system with door release work?

First, a visitor to an apartment uses the intercom’s directory to look up a building tenant. Then, the visitor presses the corresponding button to call the resident.

The tenant gets notified of their visitor on either a device in their apartment or on their cell phone. The visitor and resident then communicate with each other.

Finally, the resident grants the visitor property access by pressing a ‘door open’ button to unlock the door release device.

An apartment building with an intercom system has door locking and releasing mechanisms that facilitate access into the building and the rooms within. Once building staff or residents input their credentials, the system verifies their information and signals the door release mechanism to grant access.

There are two types of apartment building door locking mechanisms:

Electronic locks are fail-secure mechanical devices powered by electricity and installed inside the door frame in the place of the lock strike plate. A locked electric strike doesn’t receive any power. Without electricity, the latch inside remains in place, keeping the door locked. When the intercom system sends power to the lock, the latch can move, allowing the door to open. 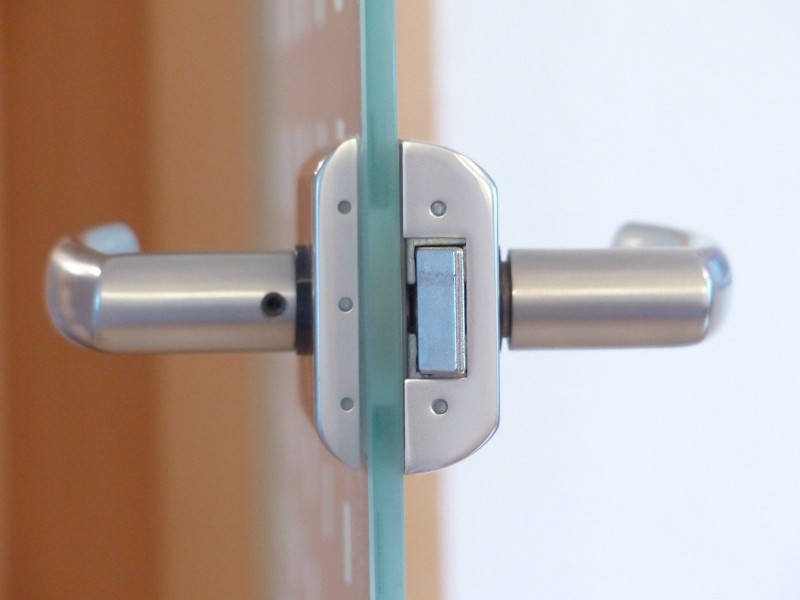 Magnetic locks (maglocks) are fail-safe devices powered by electricity. A magnetic door release lock comprises a magnet and a metal plate. These pieces of equipment align with the frame of the door, typically at the top. When electricity passes through the magnet, it creates a charge that attracts it to the metal plate. This charge holds the door closed until the intercom system removes power, allowing the door to open. 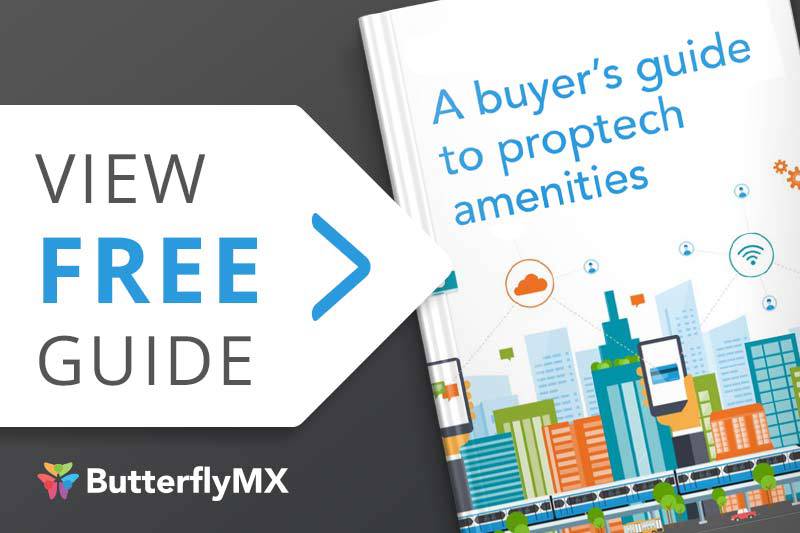 The difference between wired vs. wireless apartment intercom systems is one of cost, reliability, and convenience. Once you’ve decided on the right intercom for your apartment building, that decision will determine whether you’ll choose a wired or wireless door release option.

Wired door release systems are wired to every unit in the building. Intercom systems wired directly to a wall station in each unit alert tenants of visitors with a buzzing sound. Tenants push the ‘door open’ button on the wall station, which signals the door release system. This signal instructs the electronic or magnetic lock to unlock.

Wireless door release systems do not require wiring to every unit. When residents have a visitor, they don’t hear a buzzing sound. Instead, they receive a notification through a mobile app or phone/video call. The tenant then presses a designated button on their smartphone to open the door. This sends radio frequencies to the door release system to unlock the electronic or magnetic lock.

Choosing the right apartment intercom system for your building

Whether you need to replace an old intercom or purchase one for a new development, here’s what to consider:

Some apartment intercom systems are wireless — others require wiring throughout the entire building. Some offer video functionality, while some just provide audio. And some allow you to open and manage doors from your smartphone, while others do not.

To maintain resident satisfaction and increase lease renewal rates, invest in a video intercom system with door release for your building. Get started today by requesting a quote. 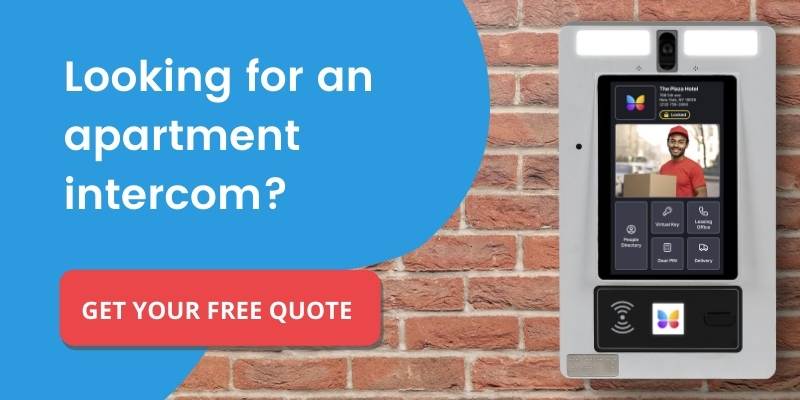